Sly is a character in Shadow Fight 2. In the beginning, he is a cowardly and malicious merchant who often takes advantage of unknowing victims, tricking them for his own benefit. He meets Shadow, Sensei and May in Act II and tries to cheat them out of their money. Sly rarely benefits the group - if at all - often causing trouble for the other three and then expecting them to protect him from the people he offends.

Sly makes his debut after Buffalo, Hermit's second bodyguard, is defeated. He offers to reveal Hermit's secret power to Shadow for 450 Coins. If the players accept his offer, he takes the money and disappears without divulging the said information.

He then re-appears during Act III blaming Shadow for destroying his "business". Because of Shadow's fight with Hermit, everyone now knows the latter's secret power and Sly cannot deceive people anymore, which implies that Shadow is not the first person he was trying to trick. He later agrees to reluctantly let the trio join him when they catch up to him as he is about to leave on a boat at the end of Act III.

Upon reaching the harbor where the story of Act IV unfolds, Sly explains to the group that the harbor was governed by a Pirate King who disappeared under mysterious circumstances a while back, and that now his daughter Wasp has succeeded him. Many of her crew members are displeased with this and have decided to rebel against her by forming a group called the "New Blood". Later, Bosun reveals that Sly has been taking advantage of the conflict by selling weapons to the New Blood.

During Act V, upon encountering Widow, Sly is immediately bewitched by her and sets out to buy expensive gifts in order to impress her. Her hold over him is broken only after Shadow defeats her, for which Sly thanks him profusely. During the events of Act VI, when shadow is mistaken for the Prince, it is Sly only who suggests that Shadow play along with the ruse.

Sly replaces May's role as Shadow's assistant during the Interlude after May is captured during the closing of the Gates of Shadows. He also introduces the player to a new type of currency - the Platinum coins. He also replaces Sensei's role in describing the rules for Challenges and Duels. At the end of the Interlude, Sly does not follow Shadow through the reopened Gates. He bids his farewell, claiming that it was an honor to travel with him. 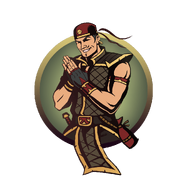 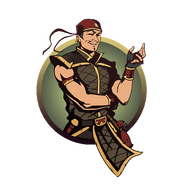 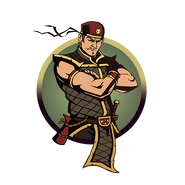 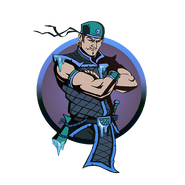