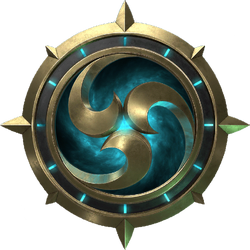 Shadow Pass is the name of the paid subscription in Shadow Fight 3. It gives the players a number of additional privileges and perks which are otherwise not available through any other means. Shadow Pass features include:

Experiment is the name of the Shadow Pass exclusive quest. The Stranger asks for the player's help to join his research on different people regarding how they influenced the world's history. Every 24 hours, the players are given a mission to defeat a boss. After they completed the mission, the players are rewarded with one Epic card, two Rare cards, and 100 Shadow Energy. While assisting the research, the Stranger also sheds light on the player about various people and groups from all three factions, along with their backgrounds and how they come to have high importance in the historical index.

Daily boss fights are similar to other boss fights; there can be up to five rounds, and the player needs to score three victories in order to win. Each of the bosses wears a full set of Legendary gears, and they utilize unique fight bonuses throughout the battle.