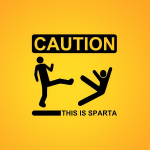 You may leave me a message any time, regarding anything - be it Wiki related or off-topic. I read them all, and will do my best to reply as soon as possible. If you are unable to post here for some reason, you can also email us on wiki.shadowfight@gmail.com instead.

Members of the Wiki are players who volunteer their time to update and maintain this database. We are not Nekki. We cannot provide you with promo codes or give out release dates for future updates. Any messages on my wall asking for the same will not be responded to.