Kusarigama is a weapon unlocked at level 24 in Act IV: Pirate Throne of Shadow Fight 2. It consists of a sickle and a weight, both of them connected with a rope. Kusarigama is the last weapon unlocked in Act IV, along with Coral Prickles. It has a long range, slow attacks, and high damage. It is used by the bodyguard Reaper, the fighter Viper, and their Ninja counterpart. 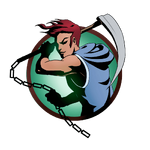 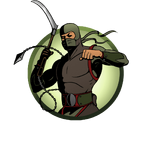 A ninja depicted with Kusarigama. 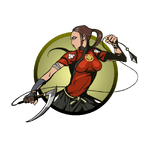 Kusarigama as depicted in Viper's avatar.
Add a photo to this gallery

Retrieved from "https://shadowfight.fandom.com/wiki/Kusarigama?oldid=98976"
Community content is available under CC-BY-SA unless otherwise noted.