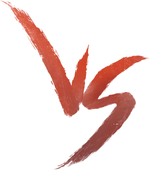 Duel is an online game mode in Shadow Fight 3, unlocked upon completing Old Friend main quest. Players fight AI-controlled opponents who carry the same statistics and equipment as other players of the game. If successful, they are awarded coins; winning at least 4 rounds will reward them with a chest.

It is one of the methods for obtaining or upgrading gear along with the store, Booster Packs, and drops from defeating opponents.

Players can enter duels any time from the main menu screen. The game will then search for an opponent and once the match is made, the fight will start. The matchmaking is determined by the duel ratings, therefore opponents will usually have similar power and duel ratings as the player.

Winning a duel match will reward the players with some gold coins, for a maximum of 10 fights per day. The higher the player's Dan, the more coins they can earn from a single duel. Once they have win 4 rounds, they will also receive a chest, which can contain either equipment, special moves, perks, or a currency. The player's duel rating will also go up.

Losing a duel will result in a decrease in the player's rating.

All players start from Dan 1. By accumulating enough rating points, the player's Dan will increase. A player with higher Dan has a better chance to receive a chest with higher rarity, and they will earn more valuable rewards at the end of a season. Currently, the highest attainable Dan is 10. At the end of a season, players will be rewarded with a Dan pack, containing a small amount of gems and some cards of random rarity. Each season lasts for 7 days.

Leagues are an activity for experienced players, which allows them to earn rewards at the end of a season. Currently, there are five obtainable leagues: Warrior, Hero, Champion, Master, and Legend. Once a player reaches Dan 10, they can graduate to leagues by winning more duels. The higher their league, the better the rewards would be at the end of the season. League rankings only remain till the end of the current season, after which they are reset to "Warrior" if they were higher.

Each season lasts for 7 days, and the rewards are determined by the player's league at the end of a season. After the reward has been claimed, the players' rating is recalculated as a new season begins (this rule is not applicable to Dans). Players are rewarded with a type of League pack depending on their league rank. League packs contain gems and several cards of different rarity.

Match found! (Based on the player's duel rating)

Fight in progress (Against AI opponents)

If the player loses, their rating goes down

Player will win some coins and one of the four chests as reward (Common, rare, epic and legendary chests)