Dadao is a weapon in Shadow Fight 2. It is the second Two-handed Weapon which can be bought with coins, the first one being the Two-handed Mace. Like the other Two-handed Weapons, Dadao is heavy and slow, but it is compensated by its high damage. It is used by Kraken, Wasp's first bodyguard, the fighter Backsword, and their Ninja counterpart. It is also used by Ermine, an enemy from the Special Edition. 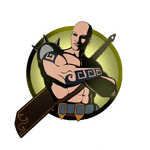 Dadao as depicted in Kraken's avatar. 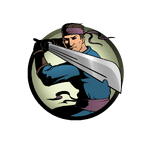 Dadao as depicted in Backsword's avatar.

A ninja depicted with Dadao.
Add a photo to this gallery

Retrieved from "https://shadowfight.fandom.com/wiki/Dadao?oldid=101374"
Community content is available under CC-BY-SA unless otherwise noted.