Ascension was a mode of play in Shadow Fight 2 that has been disabled with the recent updates. It was unique in the sense that it was only located in Act II: Secret Path. The players could play Ascension at any time, after they had defeated twelve enemies in the Act II Tournament.

The player is approached by a mysterious figure, known only by the alias Puppeteer. He declares Shadow an "interesting face" and invites him to become one of his stage actors. The story that the Puppeteer is currently re-enacting is one that tells of a monk who once lived in a forest, protected wayfarers from ill-meaning spirits and criminals. The monk was highly valued by the grateful citizens. However, an envious king ordered the monk's execution.

The loss of the monk meant that the forest was alive once more, and evil could prosper again. A hero, played by Shadow, is needed, to wear the Monk's equipment and assume his role.

Ascension battles require tickets to be fought. The cost for an Ascension campaign is 3 tickets. Tickets are earned from beating duels or via purchase with Gems (10 tickets for 80 gems).

The tickets were only required to enter the first stage; if players managed to win consecutive Ascension battles, the player would not need to pay more tickets. However, failing in any of the stages would reset the count and require 3 tickets to re-enter.

After successfully beating an Ascension fight, the player would be rewarded with a complimentary "spin": a random pick from a prize pool consisting of coin rewards, green, red and purple orbs, Monk Equipment pieces and tickets. After the spin, the player would choose to pay five gems for another spin, and then +5 gems for each re-spin with maximum of 55 gems. After the 10th re-spin, it would always require 55 gems.

The chest for 1st and 2nd stages

The chest for 3rd and 4th stages

The chest for 5th stage

Ascension battles used to consist of one round. They operate with random rules. Enemies were Ninja from Act II. They utilized various medium and simple enchantments. They had identical enchantments on two pieces of equipment only: Either armor and helm, or weapon and ranged weapon. An ascension enemy never used magic. Their difficulty was based from Immunity, which would increase every time the player lost in Ascension. The higher the Immunity, the lower would be the difficulty. If players lost in any stage or win all stages of Ascension, they would need to start over from the first stage (quitting a battle would count as a loss).

Ascension was completely optional. It could be played for its rewards; there was a very high chance of getting meager rewards, however a sought after equipment set was Monk's Set. These items are imbued with Tempest Rage. When all are collected, fighting whilst wearing them will generate a mystic blue aura around Shadow. As he lands more and more successful hits, the aura grows stronger. At full power, Shadow will land a devastating attack that will blast the enemy away and deal massive damage, resetting the aura. One piece of Monk Set can be purchased in the store by giving 5000 Monk Shards. 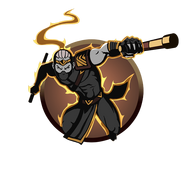 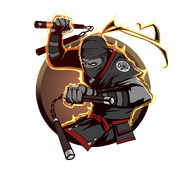 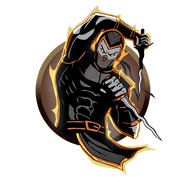 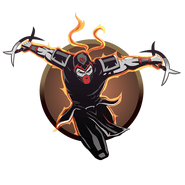 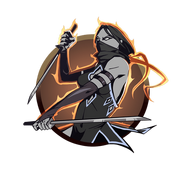