What's on your mind?

I just defeated Titan today and my god it is the most BS fight in the entire game. I'd rather do the shock enemy twice challenge 50 times instead of fighting Titan again.

There's Titan's attacks. Most of his attacks will knock you down or just straight up ignore your block. The game also punishes you for being existing. Want to avoid his sword by being close? Titan will spam stomps and headbutts. Want to be far away? Titan will simply use his ranged abilities. Want to be in the middle? he'll just poke you with his sword over and over. Titan's ai is also incredibly scummy. At times when you're on the ground, he'll shoot out a force choke the second you get up, or he'll continuously stomp on you again and again not even letting you play the game.

Then there is the fact that Titan is tanky as hell, which is fair, he is the FINAL boss. What isn't fine is the ridiculous ways he can regenerate damage. One tap from his sword can heal him for tons of health. But why does Titan even have lifesteal? The devs really had to choose the most annoying enchant for him. It's incredibly frustrating chipping Titan down, being hit once with lifesteal and basically losing the game due to time. He also has a random chance to activate regeneration and enlightenment.

There is also Titan's shield which he gets starting on round 2. This shield is actually kind of balanced because it takes a while to recharge. Then on the 3rd round it only takes a mere 4 seconds...fun. It's fun since in the time you hack away at his 100 shields, the time will run out anyways and you'll lose.

I defeated Titan with Shogun's Katana, probably not the best choice, but it did the job after several tries. However, the main thing that helped me was using a combination of long steps, backflips, and wall jumps, the latter two being very helpful because of invincibility frames. I still think this boss is just poorly balanced, its not difficult, but tedious, frustrating, and luck-based. 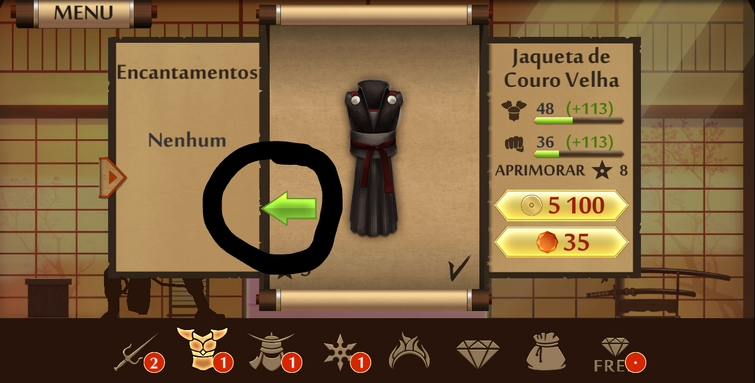 So basically, i want gems. i went to tapjoy but there is 2 offers. The first one is a scam (4 gems for name registration on a random game) It wont let me register.. The second option is BUYING an ELECTRIC toothbrush FOR 19 DOLLARS for 457 gems. Why do i only have two offers? im getting so annoyed because i want gems really badly.

What do we get in the enchanter's Chest?? Has anyone opened it?? I can't find anything related to it Google.. Do we get all the orbs given near the chest or is it upon probability.. like in monk set.. ??

Guys, im trying to fix the reload problem, but it dosent work anymore.

Like the ZArchiver? nope dosent work. Im getting so mad because i have over 700 hours on shadow fight 2.

Hopefully I'll try to be more active and start contributing to this wiki again!

I've had a glitch in sf2 and i still have which makes me unable to: get gems from ads, get energy from ads, Does not show me any ads, and does not let me watch the Videos on titan and gates of shadows. if someone had this glitch please help me.

I have, and it was agony throughout.

Then again, I did do it without using Shadow Abilities.

Here are my 5 failed attempts: 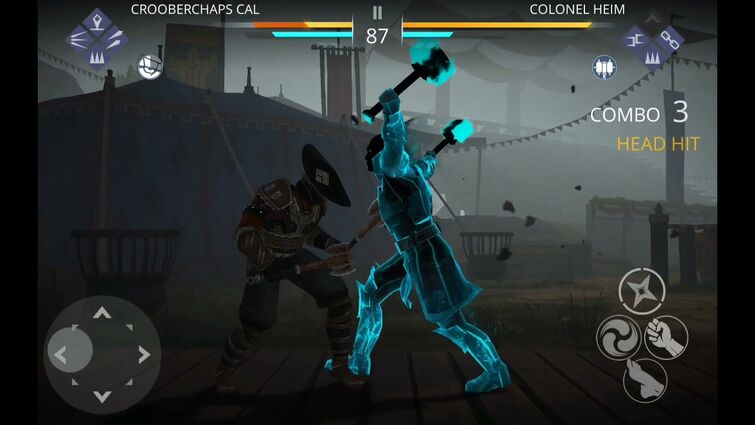 And me getting him on the 6th: 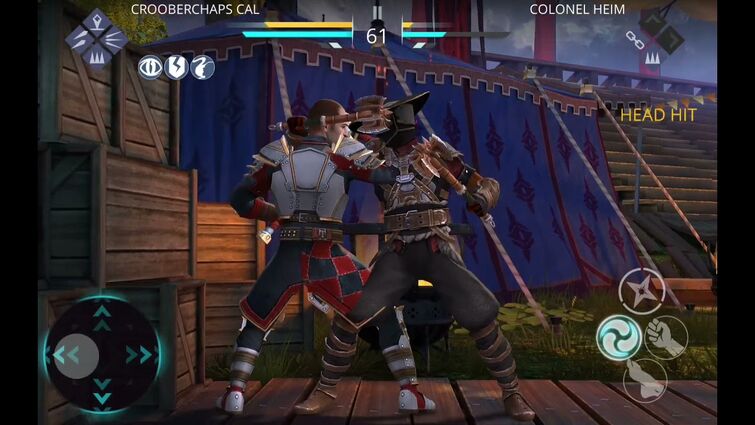 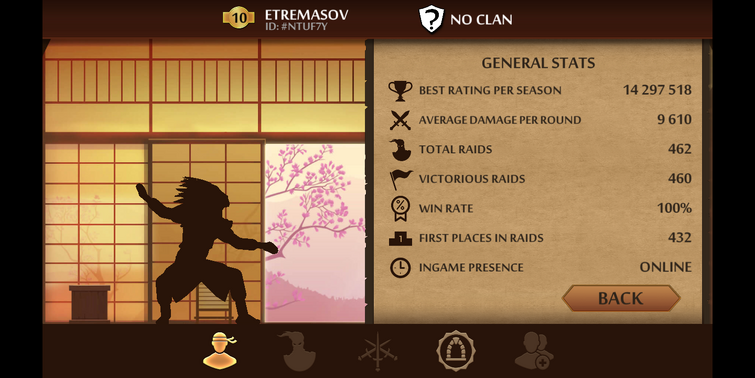 So im finished titan and and i wanna try the new update. it says "download missing data" so its redownloading clan. It wont load AT ALL

I have found a bunch

Of spelling mistakes in

The SFA articles. The spelling

Mistake is "roullette". It should

Be "roulette". I am fixing the websites.

If anyone wants to join me,

They are welcome to.

Ive been grinding raids for the monk set,i currently have 3 items, the magic, the armor, and the katars. So When i do raids, After a fight, i do about 500 maximum.

And then it says: Error: Damage rejected, so i lost the raid.

So i was so pissed. and then i did like 2 healthbars on arkhos, It said: 10 damage. i couldnt help myself but rage and let all my emotions out. im still pissed. Like why am i having such a bad day? I just wanted to have a good day on a weekend, BUT NO. Error: Damage fucking rejected because i fucking hate you and Some BS on the damage that i did which i clearly did way fucking more. Sorry if i sweared alot but im way too mad to not swear.

If im collecting the monk set, what if i leave the helmet out, then defeat tenebris and then not go through the portal for The helm with tempest rage? will it work the same?

What the fuck happened to the anti cheat nekki made? I keep seeing people with full monk and sentinel sets at their first raid. Or people with. Fury carapace + Conical Hat + Ninja Sword. 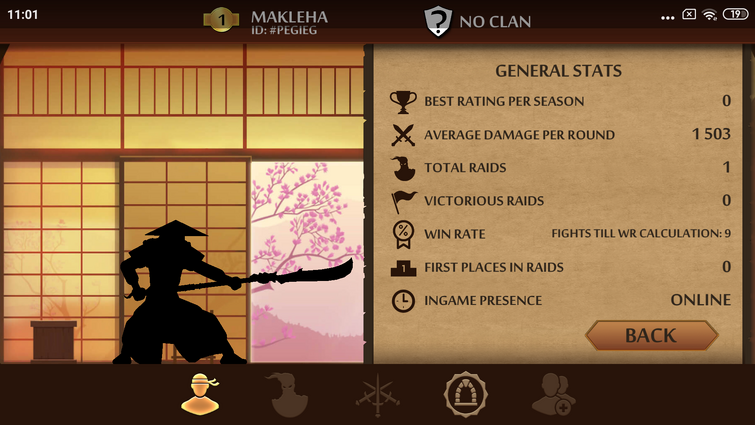 Bear in mind there's also the usual issue of Crooberchaps practicing his "martial art" where he gets beaten to a pulp instead of listening to what I tell him to do, which has gotten me beaten during the evaluation of all things twice (still mad) but Okada now has this annoying geyser ability that I've never seen before and don't know how to counter after he was a relative cakewalk before.

Apparently the staff that the challenger fisher gives has a broken? Super slash name?

Anyone know of any better ways of getting perks? I'm looking for all the unarmed Legion ones like Stampede but no luck so far.